The tinnitus research centers of the UZH and the USZ are in close contact with international associations for the research and treatment of tinnitus.

The aim of the Department of Physiological Psychology at Paris-Lodron University in Salzburg is to ascertain to what extent the state of wide-ranging brain networks shape human behavior. Using imaging techniques such as EEG and MEG, as well as transcranial electrical stimulation, OBOB, in collaboration with the Institute for Plasticity and Learning in Healthy Aging in Zurich, is researching features of brain waves and their application in the treatment of tinnitus.

Since 2014, a new era in the research of tinnitus has been in effect in Europe.

Under the umbrella of the EU-COST initiative "An Action for Better Understanding the Heterogeneity of Tinnitus to Improve and Develop New Treatments" (BM1306), scientists from several European countries are working together for the first time to develop common conceptual and methodological standards for tinnitus research throughout Europe.

In five workgroups on the specific topics "Clinical and audiological diagnosis", "Data management and databases", "Research with neuroscientific and imaging methods", "Genetic factors of the neuropathology of tinnitus" and "Standards in the empirical assessment of tinnitus therapy success", researchers from the fields of medicine, psychology, neuroscience, computer science and biology are collaborating closely to combine the various current research strands; build up databases; develop a uniform approach in the diagnosis, research and treatment of chronic ear noise; and foster close inter-disciplinary ties for the benefit of those affected.

The long-term goal of these efforts is to establish a new generation of excellently-trained up-and-coming young researchers who will both think and research in an interdisciplinary fashion, with the aim of coming noticeably closer to the development of effective forms of therapy. 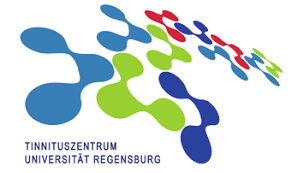 An important research focus of the working group lies in the development of novel treatment methods. A particular example of this ocurred in Regensburg where, transcranial magnetic stimulation was developed and established as a therapy method for tinnitus.

The development of new therapeutic methods is closely linked to research aimed at better understanding which functional changes in the brain are responsible for the development and maintenance of tinnitus. For this purpose, a number of technologies are applied in the examinations. These include imaging techniques, such as magnetic resonance imaging and positron emission tomography, electrophysiological methods, and genetic analyses.

A direct exchange of knowledge between the research specialists of the University of Zurich and the Charité Berlin enables us to quickly transfer and apply new knowledge to new projects.

These cooperations enable the effective exchange of knowledge that is required by tinnitus research for the rapid development of effective methods in the understanding and treatment of tinnitus.

If you would like to find out more about our cooperation partners, please visit the websites (links provided on the Networks and Cooperations page).